In Celebration of their 50th Anniversary,

Presents its choice as this year’s

He graduated from in 1947.  His greatest interests while at Rison were probably music and drama.  He had many classmate friends who, when remembering Buddy, talked about what a good time they had, that he was lots of fun, and that everybody loved him.  One of his friends said that some of the kids would slip into the auditorium and Buddy would play the Boogie Woogie while they Jitterbugged and had the best time - - that is until Mr. Fain came in and ran them out!

Buddy served two years in the army and worked 18 years for a local company that made solid and liquid propellants.

He then decided to take another road:  teaching.

Well, just who is Buddy Curry?  Buddy is made up of many parts:

First and foremost, he’s a Christian, having served his church, Jackson Way Baptist, for many years. In 1999, honored Buddy in their Happy Hearts publication, highlighting his career and how his feet are constantly on the move.  All that he does in life is guided by his Christian principles.

Secondly, he’s an educator, having taught in city schools for years.  While he taught the three R’s, he also taught life lessons.  It’s often been said, “Mr. Curry is my favorite teacher.”   Do you think that the students were talking about the 3R’s?  I doubt it.

Thirdly, he’s a musician, a pianist who, when asked if he remembers a particular song might say:  “Oh yes, I remember it; I think that I have it in my file.  Would you like a copy?”  He’s always ready to play for anyone at most any time.

Fourthly, he’s a mentor and role model, roles that seem to come easily.  His home is always open to anyone, particularly young people.  I haven’t checked, but I wouldn’t be surprised if there’s a sign on Buddy’s door that says, “DO DISTURB, DOOR NOT LOCKED, COME ON IN.”  The kids come to eat, or watch TV or a video, or listen to music, or go with him to water ski, or hang out, or all of those things.  All who enter his home feel welcomed - and safe - and, most importantly, accepted.  And can you believe that Buddy still water skis?  H’mmm.

Fifthly, he’s a volunteer:  For 28 years, he’s been an active participant in planning our annual reunions that have been held here at Jackson Way Baptist.  He does whatever he’s asked to do and especially creatively decorates the fellowship hall in preparation for the reunions.  His comment always is, “Just tell me what you want me to do.”

He works with the , inspiring adults to take another chance to get a high school diploma and who, without his encouragement, might not have made it.  One of Buddy’s students at the learning center wrote a testimonial honoring Buddy’s two-month commitment to him that allowed him to successfully pass the GED test.  This 17 year old student said that passing the test gave him a confidence that he had never had before.  When one looks at this accomplishment, one must look at the effect this one event could ultimately have on, not only this student, but this student’s succeeding generations.  Powerful!

He’s a friend -- to young and old, equally interested in them and willing to listen and help.  I think that he must be somewhat like - was it Will Rogers who said, “I never met a man I didn’t like?”

Thank you Buddy Curry for the influence that you have had on many, many lives and for your tireless efforts in this community.  “Well done thou good and faithful servant.”

We honor you; we salute you.

With best wishes and affection from the Class of 1951, 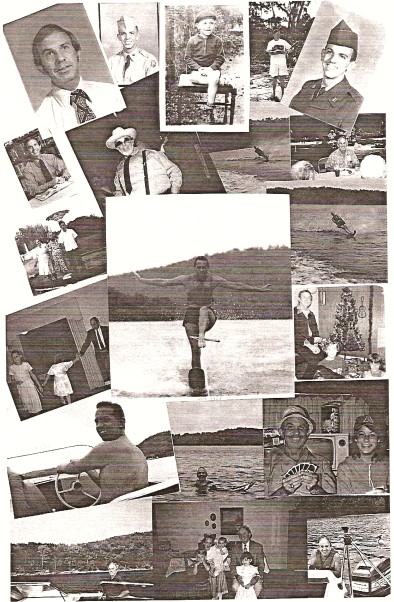